Of the four species of plasmodium known to cause malaria, Plasmodium falciparum causes the most severe illness.  Although many cases will remain as simple malaria, complicated malaria can cause acute renal failure, acute respiratory distress syndrome, changes in blood homeostatis, and cerebral malaria.

Cerebral malaria carries a drastically increased risk of mortality and is often characterized by seizures.

As diseased erythrocytes flow through the vasculature of the brain, they begin to stick to the endothelium and disrupt blood flow.  Cytokines are released to fight the disease, but, also do harm to the brain tissue.

Despite treatment, neurological damage may persist.  It is hypothesized that CNS infections, such as cerebral malaria and meningitis, may play a role in epileptigenesis for some patients living with epilepsy in sub-Saharan Africa.Each year many thousands of children suffer cerebral malaria and many of these children will die. 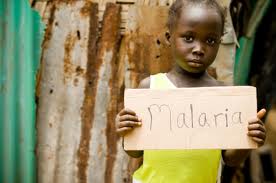 A concerted effort is under way throughout the African Continent to more full understand and clinically manage patients with this condition. Important objectives are the rapid differential diagnosis of cerebral malaria on patients admission and the identification of sudden increases in the intracranial pressure that inhibit blood flow to the brain and result in death.

The TMD Technique is being used in a KEMRI (Kenya Medical Research Institute) cerebral malaria project based in Kilifi, Kenya, and will be used to measure intra-aural pressure waves in terms of TMD.

It is expected that these pressure waves will change in a predictable manner if the mean ICP is raised, with changes in intracranial compliance and when sudden pressure increases occur.

Ultimately it is intended that continuous ICP monitoring will be undertaken and this will be facilitated using the new equipment designed for the NASA project.